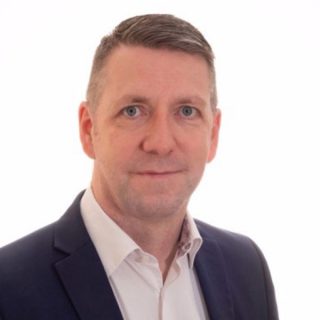 He was launch CEO for Radio Nova (Dublin) and has been CEO of 4FM and Independent Radio Sales (Rep of Ireland).

David was an Irish government appointed member of the Broadcasting Complaints Commission (Irish TV and radio standards regulator) and the Chairman of the Independent Broadcasters of Ireland (industry body).

David has worked in the field of media development and governance with international governments, minister’s, embassies, public and private organisations in many conflict zones in EMEA.

David has worked on EU, USAID, Council of Europe, Agence France Press, BBC, Broadcasting Authority of Ireland and Enterprise Ireland projects at the highest levels and has also worked directly with the US Embassy in Yemen in conjunction with government ministers of Human Rights and Information.

He spent 7 years as CEO of Live 95FM in Limerick.

As a volunteer, David has worked with The Irish Coast Guard as an emergency responder and received the highest honour from The Red Cross (The Dunant Award) for attending Grenfell Tower on the day of the tragedy in his voluntary role in the Fire and Emergency Support Support service (FESS).

He is currently studying for a Masters (MSc) in Leadership from De Montford University.