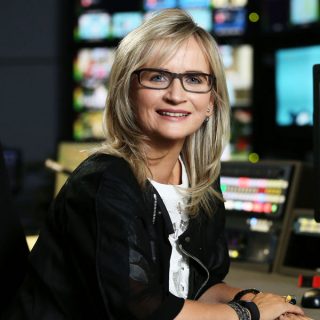 Most recently she was President & Managing Director of Discovery Networks Northern Europe. Dee joined Discovery in 2010 as Head of the UK/Ireland operation and progressively grew her responsibilities to eventually lead the Northern Europe region, which included 18 markets and territories and 27 channels, both free-to-air and subscription, which broadcast to over 276 million households across Northern Europe each month.

Before joining Discovery, Dee Forbes led Turner Broadcasting’s business in the UK and Ireland, which consisted of seven entertainment channels, including Cartoon Network, Boomerang and TCM. She spent several years working at Turner in a variety of commercial roles including General Manager for the Nordic/Central and Eastern Europe and EMEA regions and Head of Advertising Sales for Europe.

Dee is a former non-executive director of the board of The Irish Times and currently sits on the board of Munster Rugby. A native of Drimoleague in west Cork, Dee is a graduate of UCD where she studied history and politics.