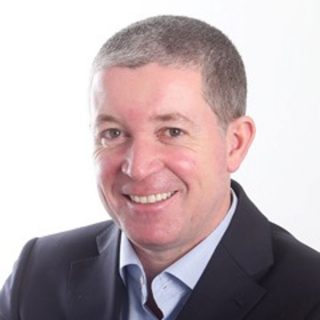 He is responsible for leading and directing the company’s overall business strategy and operations.

Under Dominic’s management, while retaining its family owned, independent credentials, The Irish News is now Ireland’s best performing newspaper, and the second best-selling regional daily title in the UK.

Dominic graduated from Ulster University with a degree in Business and began his career in England with the Liverpool Echo. Dominic is married to Fiona and they live in Belfast with their four children, Ellen 24, Nina 21, Joe 19 and Ray 14. He is a board member and active supporter of Children in Crossfire, a charity founded in Northern Ireland which aims to eradicate poverty and help children in war zones.

Dominic enjoys travel, spending time with his family and is an enthusiastic golfer.