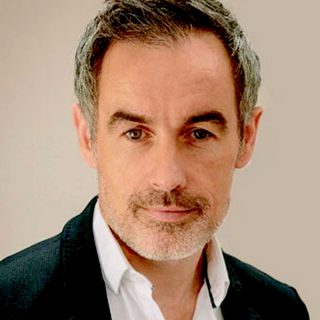 He started out in radio, filling a number of senior management positions in a number of stations including Radio Kerry, FM104 and Radio Ireland/Today FM. Jon moved over to television in the late 1990s and has worked as both an on screen Presenter and as a Producer. He has worked for the main broadcasters in Ireland and the UK including RTE, TV3, BBC, ITV, Sky Travel, Discovery and Granada.

Since establishing Trilogy Media which is an IFTA nominated company, it has produced numerous TV series including the multi- award winning series, ‘The Holiday Show’, ‘Whats The Story’ with Eason (a co creation series with VMTV), ‘Are we There Yet’ travel series and ‘Irelands Forgotten Families’ both launching April 2022.

Trilogy now produces content for an array of brands across numerous sectors. More recently Jon was the founder of Shiny Day – the award winning online travel and lifestyle channel.